One of the most remarkable personal confessions of an architect I've ever read must be Maxwell Fry's letter to Ove Arup, written on 5 March 1952. Maxwell Fry together with Jane Drew, Le Corbusier and Pierre Jeanneret were working in Chandigarh. Having seen rural life in India for some time and having followed Le Corbusier's way of working and his grand ideas, Fry became increasingly disillusioned with architectural Modernism and industrial building. The fact that Corbu possibly had romantic liaisons with Drew – Fry’s wife since 1942 – while working in Chandigarh, might also shed some light to Fry's sensitive, existentialist musings in his letter to Arup.

The text is somewhat ambivalent and seems to express a dialectict between Fry's personal, and Modernism’s general failure. Fry appears naked in his honesty of realising his personal as well as architecture's shortcomings. And yet, as a consequence, there is something revelatory, a particular strength in this letter. Fry seems to have realised something about himself (admitted his loss?), about architecture (disillusioned with Modernism) and maybe about humankind in general. The letter was published in Peter Jones “Ove Arup. Masterbuilder of the Twentieth Century”, Yale University Press, 2006, p. 147-148. 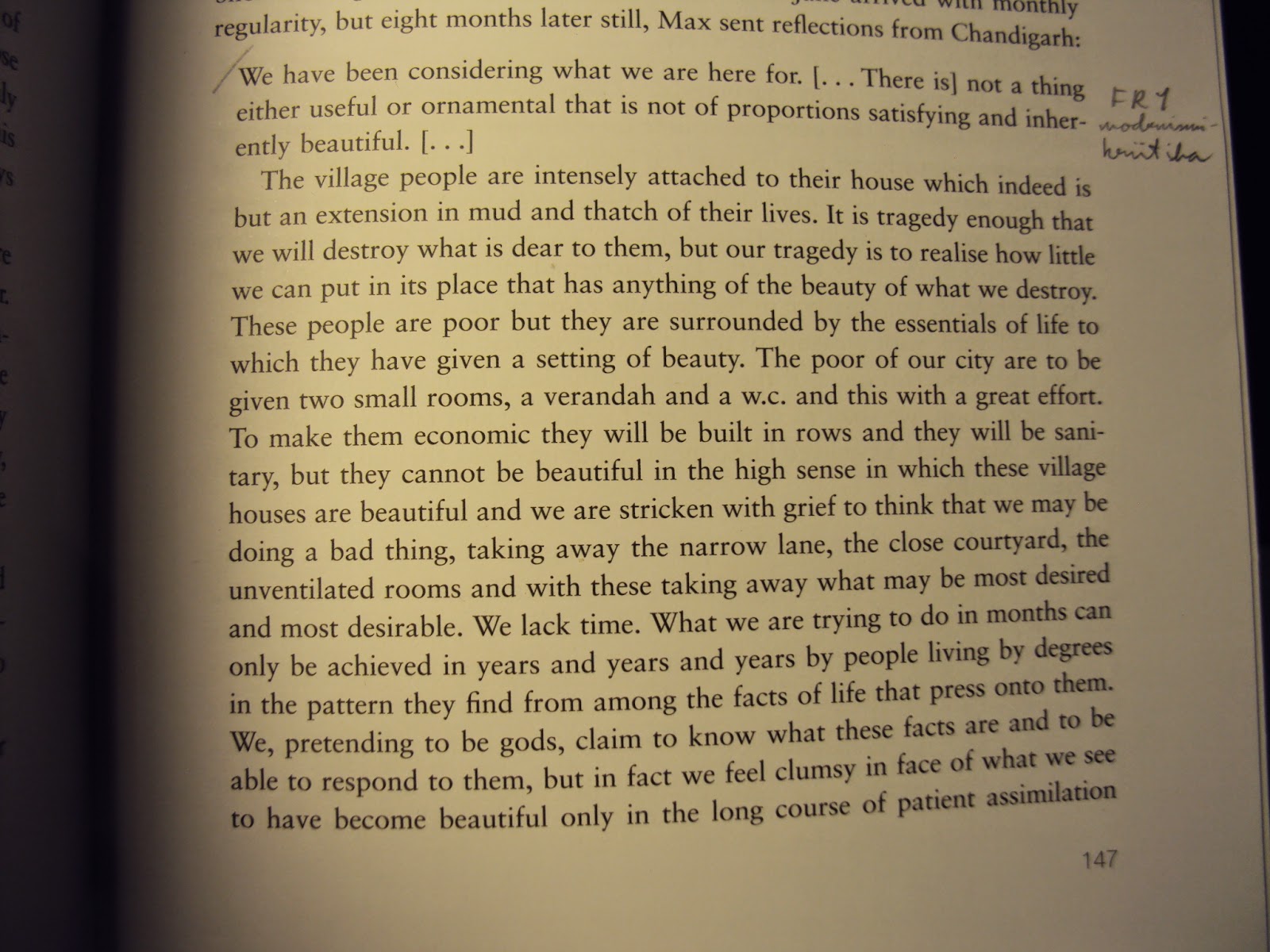 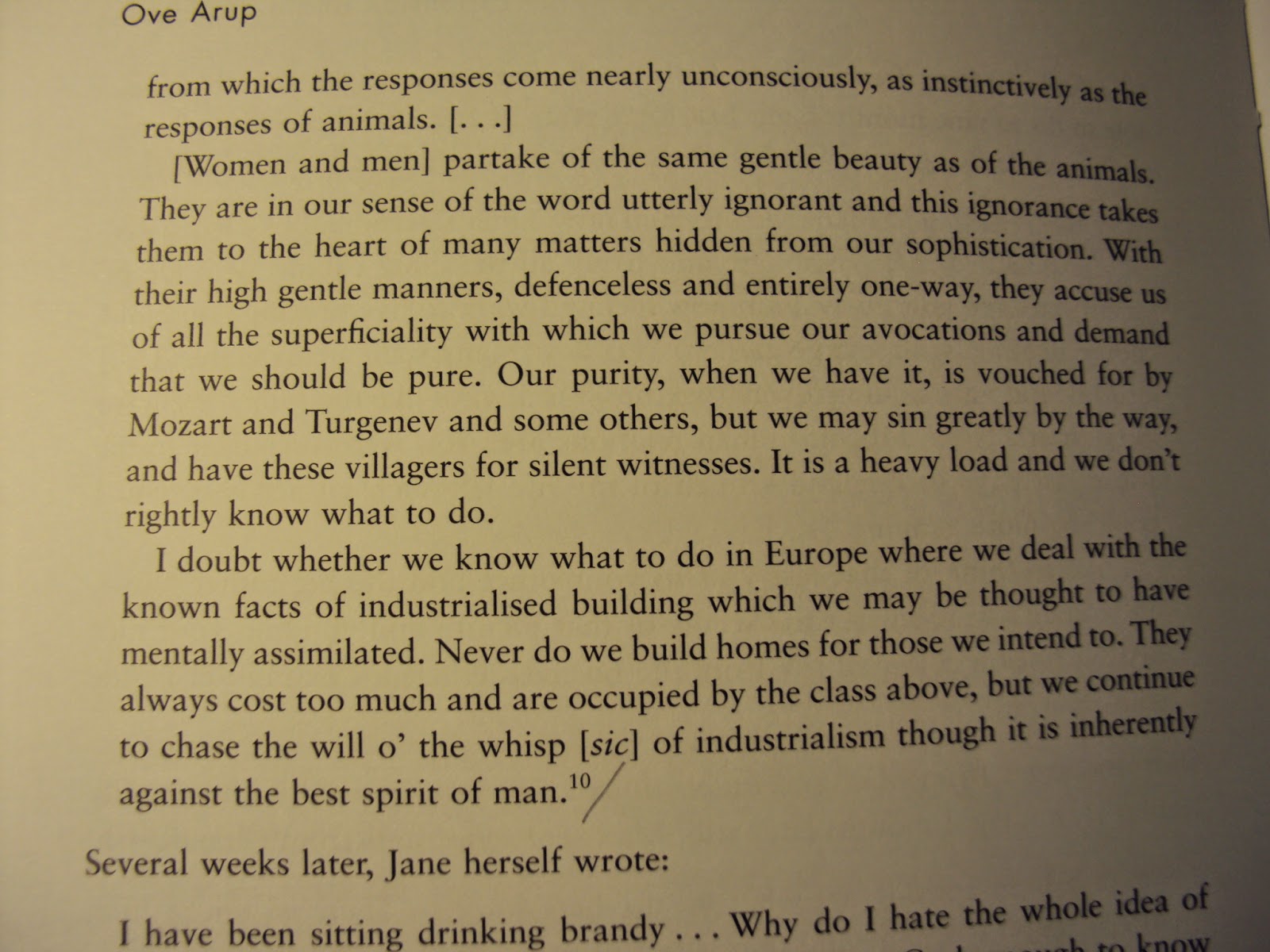